It was a warm and cozy afternoon at South Slope/ BCSD this past Monday.  After lunch we all got our books and read around the school in our pyjamas.
Congratulations to everyone who helped us celebrate reading! 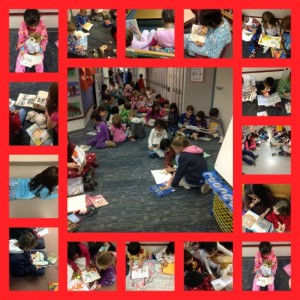 Tomorrow is Drop Everything And Read day. Don’t forget to wear your pajamas and join us right after lunch for at least 20 minutes of reading. We will be joining schools around the province as we celebrate the power and joy of reading!

We were excited to host graphic novelist Scott Chantler at our school this past Tuesday.  Divisions 4, 15, 16, and 17 were the lucky students who got to hear his presentation and learn more about the art of writing a graphic novel.  Marissa, a big fan from Division 17, introduced Scott and then he began his presentation. 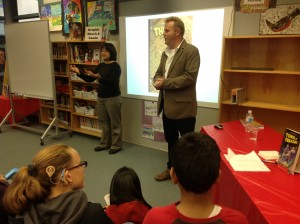 Next, he talked to us about the differences between a comic book (series of stories, shorter periodical)  and a graphic novel (one story, longer, published as a book).  But they both are considered part of the “Comics” genre. 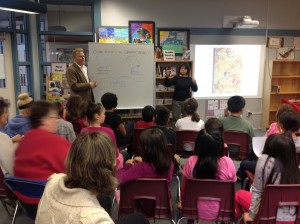 He then read us a script from his new book, The Captive Prince, and showed us the panels at the same time.  Some of his original ideas in the script stayed the same; some changed. 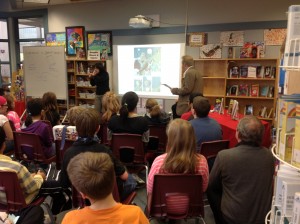 Some students had a copy of his book and read along.

Many students had prepared powerful questions for Scott.  We learned that he announced to his mom at age 6 that he wanted to draw comics.

One of the highlights was when he drew the characters from his series: Dessa, Topper and Fisk.  Shannon said, “He makes it look so easy!” And indeed he did. 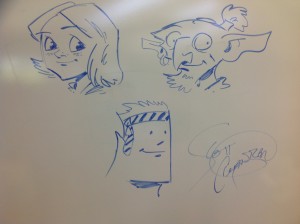 Thank you to Scott and Ilona at the Vancouver Writer’s Festival for making this great event possible.

Were you at the presentation?  What was your favourite part?

Last Thursday Kim Sparling from the Terry Fox foundation visited our school again. She spoke to BCSD students about her battle with cancer and how she survived. She brought her running leg, which she calls “black Betty”, and let the students touch it to see how it felt. The students asked her lots of interesting questions. She told us she had to “dig deep” when she was diagnosed with cancer at 18 years of age and how she was determined to survive. We also found out that Kim is training hard and hopes to compete at the 2016 Paralympic Games in Rio. We wish her all the best.

Thanks for sharing your inspiring story, Kim!

I am excited to announce that author and cartoonist, Scott Chantler, will be visting South Slope/BCSD on October 16th as part of the Vancouver International Writer’s Festival.  Mr. Chantler is the author of the graphic novel series Three Thieves and has received many awards for his work. We have Tower of Treasure and The Sign of the Black Rock in our library and I just purchased his latest book, The Captive Prince. 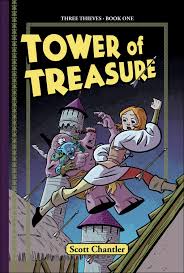 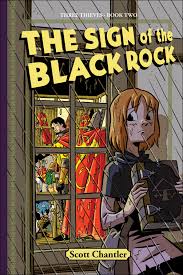 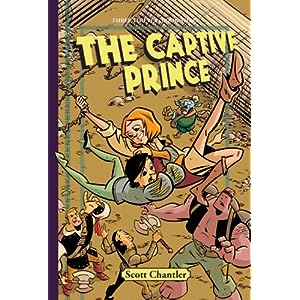