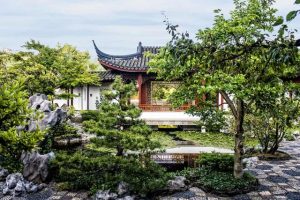 Dr. Sun Yat-Sen Classical Chinese Garden is a registered museum and one of Vancouver’s top tourist attractions. It is a unique venue for cultural programming and events, including guided tours, concerts, festivals, exhibitions, receptions, and educational programs. This Ming Dynasty-style garden-home is the first among its kind to have been built outside of China, and continues to be unique among the world as the result of the joint collaborative effort of community members, the Canadian Government, and the People’s Republic of China.

As a registered not-for-profit, all Garden revenue goes toward the fulfillment of bringing together cultures and communities through educational and public programs.

Over the years, the garden has received several honours and designations: it is one of Vancouver Heritage Foundation’s “Places That Matter”; was named World’s Top City Garden by National Geographic in 2011; and voted Canadian Garden of the Year by the Canadian Garden Tourism Council in 2012.

Why was the Garden created?

During the 1960s and 70s Vancouver underwent a massive transformation as city planners were faced with major opposition to plans to build an eight-lane freeway cutting through Chinatown.  The development was part of a larger regional freeway plan that would link up to the waterfront by removing ‘rundown’ neighbourhoods, including Strathcona which borders Chinatown, and Kitsilano, home to the University of British Columbia.

Vociferous opposition from Strathcona residents, Chinatown merchants, architects, and the Community Arts Council contributed to a climate of opposition that pushed Council to scrap the plans. Strathcona residents came together to create the Strathcona Property Owners and Tenants Association (SPOTA) and, along with The Chinese Benevolent Association, organized protests, demonstrations, and wrote letters to the  Mayor expressing their opposition to the project. They argued that local residents would be displaced, and local businesses would be expropriated or torn down as a result of the freeway.

City Council’s vote to scrap the freeway through Chinatown in 1968 marked the end of support for freeways through downtown and paved the way for transportation planning that prioritized walking, cycling and transit, laying the foundation for the Vancouver we know today.

The defeat demonstrated that pro-growth coalitions could be challenged and defeated by communities. Opposition to the project set a precedent for a new planning agenda that would involve community consultation. By saving the neighbourhood, the idea of ‘Chinatown’ as a civic asset gained favour and the Strathcona area was saved.

It became clear that a physical and tangible reminder of the cultural and historical importance of Vancouver’s Chinatown was needed. Therefore in support and recognition of the community, plans were made for the development of a block in the heart of Chinatown that included a Chinese Cultural Centre, and the first full-scale traditional Ming dynasty classical Chinese Garden to be built outside of China.

Local architects Joe Wai and Don Vaughan worked with the Suzhou Garden Administration to design the garden, and 53 master-craftsmen from Suzhou came and lived in Vancouver during the 13 months of construction. The group consisted of high-level masons, heavy timber carpenters, expert tilers, painters, architects, and false mountain rockery artisans, who brought with them the materials used to construct the garden, including the hand-made tiles, stone pebbles, Nan wood and Ginkgo wood.

The project received funding from a number of private and public organisations, as well as large contributions from both the People’s Republic of China and the Canadian Government.

Once the Garden was constructed a not-for-profit Society was established to oversee the management of the facility in collaboration with Vancouver’s Park Board.

Today, Dr. Sun Yat-Sen Classical Chinese Garden is a registered museum and one of Vancouver’s top tourist attractions. It is also a unique venue for cultural programming and events, including guided tours, concerts, festivals, exhibitions, receptions, and educational programs. Over the years, the Garden has received several honours and designations: it is one of Vancouver Heritage Foundation’s “Places That Matter”; was named World’s Top City Garden by National Geographic in 2011; and voted Canadian Garden of the Year by the Canadian Garden Tourism Council in 2012.

Dr. Sun Yat-Sen Garden Society of Vancouver, incorporated in 1981, is a non-profit charitable organization that operates the garden under an agreement with the Vancouver Board of Parks and Recreation. 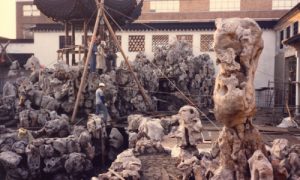 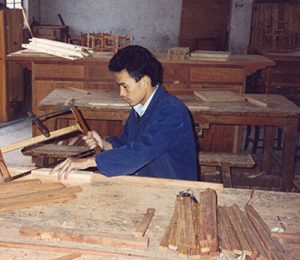 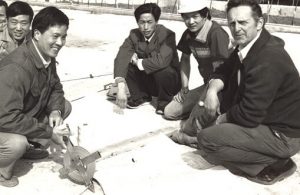 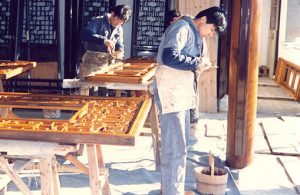 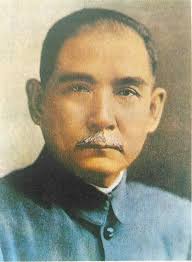 The Garden’s name is also symbolic of this meeting of cultures, paying homage to the man considered the father of modern China.

During construction, the decision was made to name the Garden in honour of Dr Sun Yat-Sen, a Chinese philosopher, physician, and politician,who strove to promote cultural understanding between China and the rest of the world.

Dr Sun Yat-Sen is often referred to as the Father of Modern China due to his instrumental role in the overthrow of  China’s last imperial dynasty, (the Qing dynasty 1636–1912 A.D.) during the Xinhai Revolution in 1911. Sun is unique among 20th-century Chinese leaders for being widely revered in Chinese communities all around the world.

Born in southern China and educated in Hawaii and Hong Kong, Sun became convinced that the homeland needed radical change after the failure of the imperial reform initiative of 1898. He visited Vancouver on three occasions between 1895 and 1911 to raise funds for his revolutionary efforts. While in Canada, Sun gave public talks to the growing Chinese community who had been settling the area since the start of non-native settlement in the region in the late 1880’s.

As a result of his historical impact, as well as his memorable engagement with the earliest residents of Vancouver’s Chinatown, the decision was made to name the Garden and public park in his honour.