I hope you all had a wonderful National Indigenous Peoples Day yesterday!

See below for a message from our Elders, Elder Latash Nahanee and Elder Roberta Price, on this day.

Not quite sure what Indigenous means? Watch below…

And did you know??

• Since 1996, National Indigenous Peoples Day has been held on June 21, the
summer solstice and the longest day of the year.
• According to Statistics Canada, there are over 60 Indigenous languages in
Canada.
• In the 2016 census by Statistics Canada, over 1.6 million people in Canada
identified as Indigenous, making up 4.9 per cent of the national population.

• British Columbia alone is home to 60% of Indigenous languages in Canada. In our
province there are 34 distinct languages involving 61 dialects.
• Not all Indigenous peoples do Pow Wows, potlatches, smudges or sweats.
• There are 634 recognized bands in Canada and 3,100 Reserves. The band refers
to the people and the reserve refers to the land.

I have so much I want to share with you, but I also know that you can do some research on your own! 🙂 So, I will leave you with one last link…

Watch below for a powerful documentary about 12 year-old twins who will cut their hair for the very first time in a Cree coming-of-age ceremony.

Enjoy the day and keep researching and reading…feel free to share in the comments!

It is truly the end of the year now and if you could please return your library books as soon as possible, that would be great. Thank you to all of you who have already returned them!

There will be a bin at the front doors of the school during school hours for drop off. Enjoy the beautiful weather and get a walk in to drop off your books. There will also be bins in the gym  when you come to collect your gear at the end of the year.

Not sure how many books you have and what they are? Click on the Library Catalogue from the school website:

Click on Log In on the top right corner of the page. You log in just like you would for a computer at school. From there, you can see what you have out from the library. 🙂

Thank you for getting all your books to me and I look forward to hearing about what you read over the Summer!

On Sunday, June 21, it is National Indigenous Peoples Day

Click on the play button below to hear our very own Mrs. Loukopoulos’ podcast about local Indigenous musicians and artists. So great, Mrs. L! Well done!

Please check out this great video about Susan Point and Coast Salish art that was put together by April Strickland from our Burnaby School Board.

Finally, click on the image below to register for a virtual Drum Across BC. 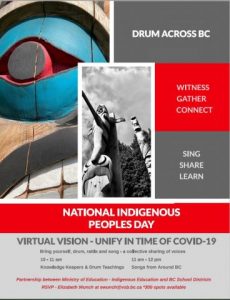 Enjoy the weekend and check back on Monday for more ways to celebrate National Indigenous Peoples Day!

As  mentioned earlier, we have Story Studios from Grade 6 and 7s to share, as well. It was very fun to work with them on their “because moment” that was inspired by Mo Willem’s book, Because. Look back at May 20 to see the story and think about your own ‘because moment’ if you haven’t had a chance to yet! Check out a small selection of the wonderful stories that were shared…

Thank you to Emma…

Because more were produced, I was able to access video games.

Because I was able to play video games, I got more skilled at video games.

Because I got more skilled at video games, I was able to help others play video games at a higher level. 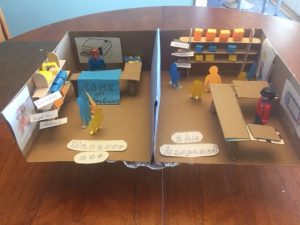 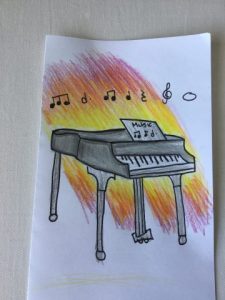 I chose piano as my because moment because piano is the thing that got me into music, and piano helped me learn more about myself. Piano is important to me because through piano, and music in general, I’ve made so many amazing friendships, and learned that music taught me to be myself. Through piano, I get to express myself without even speaking words, because I let the piano do the talking for me, which is amazing. Piano has shaped and changed my life so much and taught me that I don’t always need to be stressed. I use music to cam myself down, and it’s really helped me throughout the years. Piano and music has taught me so much, and I can’t wait to learn more about myself through piano and music.

And Thomas…(click on the image below) 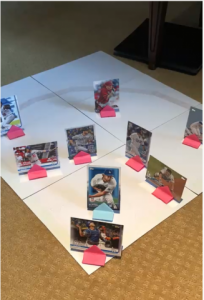 Apologies for the break in the blog content, but it has been a very busy couple of weeks with a return to school. Wonderful work and connections to each other and our community have continued to happen and I would like to share the spotlight with 2 different divisions to end the week. To begin, we have a Clinton Spotlight on Ms. Gabas and the Grade 3 and 4s in Div. 7…here is some context for the creations from Ms Gabas…

While walking along the Fort to Fort trail in Fort Langley, I was so delighted to see sweet painted rocks hidden sporadically along the trail, on the ground, in the trees, on stumps.  It was heart warming, especially as some of them had supportive and caring words on them.  I wanted my class to have the opportunity to feel like they could cheer people up, show  support and make a difference during this difficult time.

Here are some of Div. 7’s own heart-warming, caring rocks that you could find around our Clinton community! Thank you for sharing! 🙂 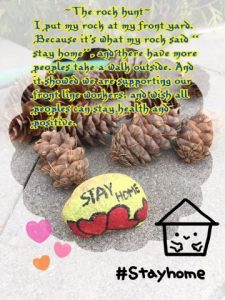 During this week we will highlight Story Studio from both the Ks and the Grade 6s and 7s! It’s so wonderful to have stories span the ages!

Division 15 has been doing Story Workshop in their own classroom Story Studio and I’m so happy they decided to share! Thank you to Allen, Jasmine and Simon. 🙂

Congratulations to our very own Evan S. and Cara H. for representing Clinton so well! Great job! 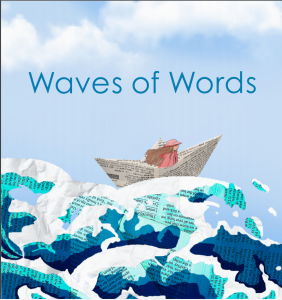 This morning I have some wonderful news for you that I’d like to share…JK Rowling, the author of the Harry Potter series, has released a new book!! It is rather a special book and will only be released online, a few chapters at a time.  She is also looking for illustrators and has opened a competition to find them…it could be YOU!!

Please click below to find out more about the story behind The Ickabog, read the first few chapters of the book and learn how you could become the illustrator for one of the most famous authors of all-time!!! 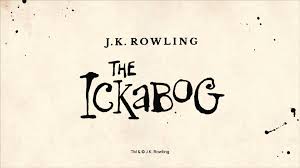 I’ve got to go…I’ve got some reading to do…SO EXCITED!!!

PS – If you do some illustrations, please share them with us! Also, would love to know what you think of the story! Woohoo…now I’m really going to read!! 🙂

I have added a new read aloud to the Read Aloud page! It is a book called Last Stop on Market Street. I hope you enjoy the story of CJ and his Nana and the ability of CJ’s Nana to express gratitude and have a positive mindset.

In the story, CJ is wondering why they have to go to the soup kitchen and why they don’t have a car like others. As the story goes on, CJ becomes aware of and thankful for the good things that are happening in his life; instead of thinking about what he doesn’t have, he appreciates what he does have. Gratitude is a skill and we can all learn to look at life in a positive way.

There’s even science that says we are happier when we express gratitude. Watch the gratitude experiment below…

Here are some ideas to get started running your own experiment at home…starting today!

And this one here is a secret..hopefully your teachers didn’t read this far! Take the time to thank your teachers and let them know what you appreciate the most from them. ♥

I am so grateful for all of you…keep seeing the positive and share that positive with others!