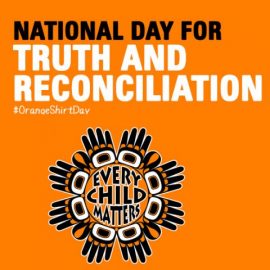 September 30th has been declared Truth and Reconciliation Day annually in Canada, in recognition of...

Thank you to everyone who applied to be a library volunteer! Unfortunately there are only... 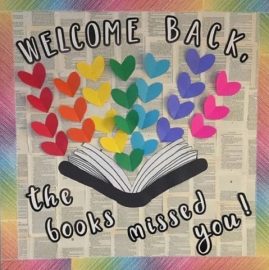 Welcome back! We hope the summer treated you well and that you're ready for... 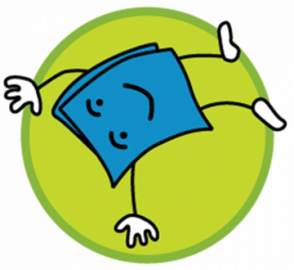 Free E-Books for the Summer

If you're looking for something to read over the summer months while the school and... 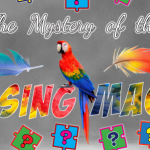 Mystery in the Library

To celebrate Halloween we have brought back the annual Library... 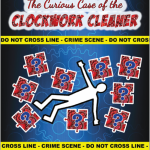 Murder Mystery in the Library

Starting Monday, Alpha's annual murder mystery is back. Come by... 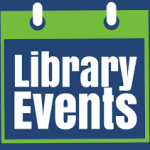 Looking for something cool to do? Check out these events... 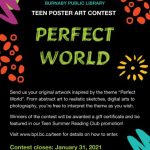 The Burnaby Public Library is excited to announce a new Teen...

Every Friday at lunch the library is closed for the...

To celebrate Halloween we have brought back the annual Library Mystery. This year a precious Macaw has been stolen and you need to figure out which of the three suspects committed the crime. Spend time pouring over the clues to figure out how the person did it and why. This event will run until the end of the school day on Halloween. 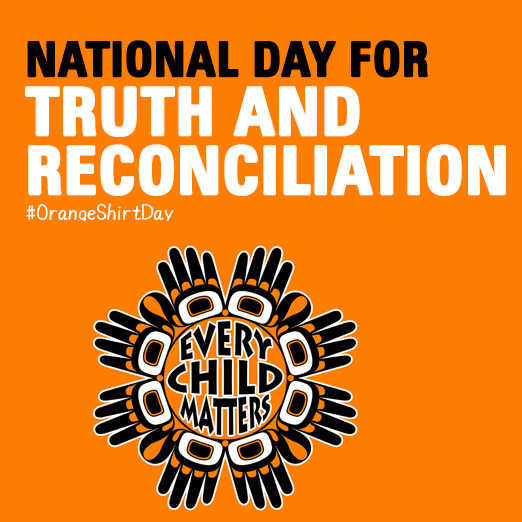 September 30th has been declared Truth and Reconciliation Day annually in Canada, in recognition of the harm the residential school system did to children’s sense of self-esteem and well being, and as an affirmation of our commitment to ensure that everyone around us matters. It is a day to listen, learn, and celebrate Indigenous cultures, strength, and resiliency. This year we are celebrating it on September 29th, in schools.

For additional information check out some of the following sites: 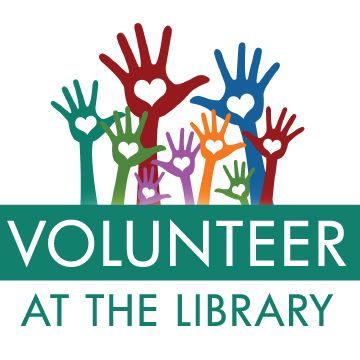 Thank you to everyone who applied to be a library volunteer! Unfortunately there are only 21 spots and we had over 60 applicants. If you were not selected, don’t be discouraged. Please apply again next year.

If you are on the schedule, please check in with Ms. Haigh or Ms. Saul to confirm that you are available for the shift you were given. Volunteering will begin on Monday September 26th.

Welcome back! We hope the summer treated you well and that you’re ready for another year of learning, collaborating and READING!

The library is up and running and ready for students to come by. Please remember, that before you can sign out any books, you must make sure you have returned all overdue materials.

If you’re looking for something to read over the summer months while the school and Alpha’s library are closed, you can visit Tumble Books for access to lots of titles specifically for Teens. The collection includes Graphic Novels, Novels and Shakespeare.

This access will be available until August 15th 2022. Happy reading! 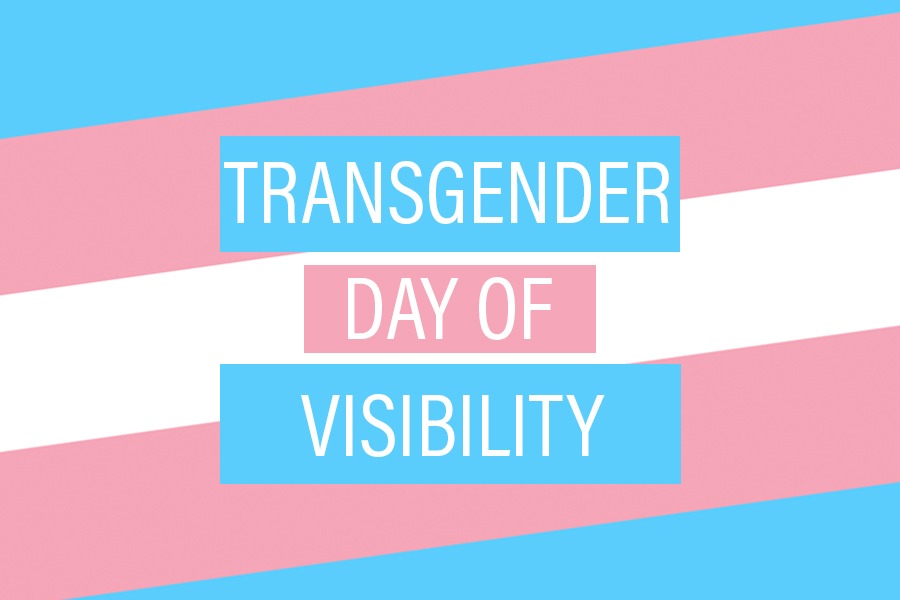 March 31st is Trans Day of Visibility which is a day dedicated to celebrating trans people and raising awareness to the discrimination faced by transgender people worldwide. For more information about how you can be a better LGBTQ2IA+ ally  check out this pdf: Guide-to-Being-an-Ally-to-Transgender-and-Nonbinary-Youth. 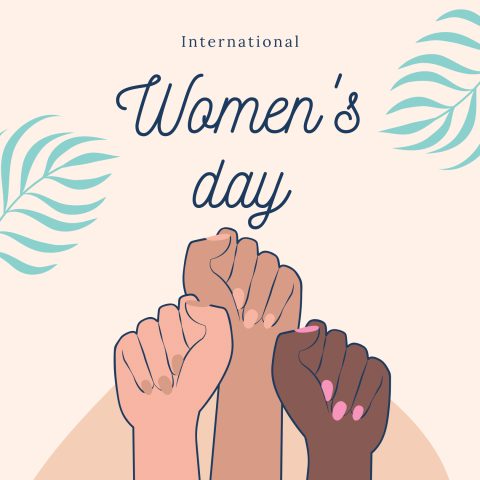 Today is International Women’s Day-  a global celebration dedicated to uplifting women and honoring their achievements. Below are 5 book recommendations if you’re looking to read some powerful female authors who write strong female characters.

Ms. Marvel Vol 1: No Normal by G. Willow Wilson and Adrian Alphona. Kamala Khan is a Muslim teen growing up in Jersey City, idolizing Captain Marvel Carol Danvers and the Avengers. Getting superpowers like Captain Marvel does not diminish her fandom but makes her have to grapple with her newfound duty to help and to her family and culture. This has been the unofficial breakout hit of Marvel’s slate of comics and it deserves all the attention.

Lumberjanes Vol. 1 by Noelle Stevenson and Grace Ellis. Diverse campers at a Girl Scout-esque summer camp who whose exclamations – Sweet Bessie Coleman! – reflect feminism and girl power? If you haven’t been reading this in issues, check out the trade paperback. It’s fun, powerful, and all about friendship.

Freakboy by Kristin Elizabeth Clark. Centering on three characters, one a transwoman and another a questioning boy wondering about gender fluidity, this novel in verse breaks stereotypes all over the place. It’s a good reminder to many of us that remembrances such as International Women’s Day and Women’s HIstory Month need to include transgender women as well as cisgender women.

The Hate You Give by Angie Thomas. This moving, timely book inspired by the Black Lives Matter movement follows Starr Carter as she deals with the aftermath of being the sole witness to her best friend Khalil’s shooting death by police. When it becomes clear the police have little interest in investigating the incident, protesters take to the streets and Starr’s neighborhood becomes a war zone. And Starr is the only person alive who can tell everyone what really happened that night.

Dumplin by Julie Murphy. Self-proclaimed fat girl Willowdean Dickson has always been at home in her own skin. Until she finds herself liking Bo, a hot former jock. Instead of finding new heights of self-assurance in her new relationship with Bo, Will starts to doubt herself. So she sets out to take back her confidence by doing the most horrifying thing she can imagine: entering the Miss Clover City beauty pageant. 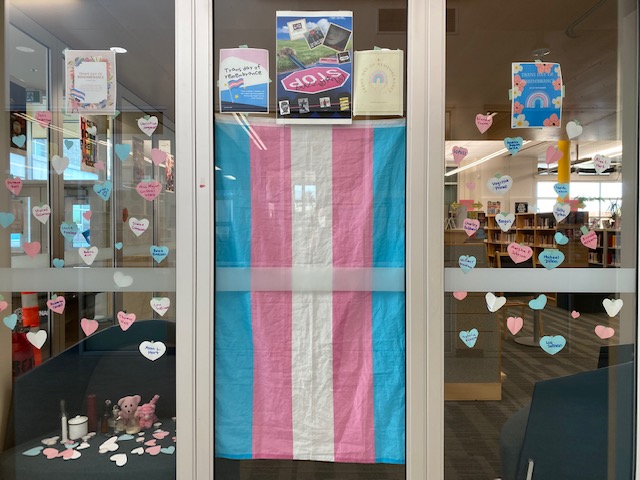 November 20th is Trans Remembrance Day, a day that remembers and honours trans and gender diverse people whose lives have been taken by transphobic violence. To bring awareness to this important day, the GSA has created a vigil in the Library Learning Commons window.  There is also a display of books in the library with trans and gender non-conforming characters, as well as books that generally provide information on Pride and LGBTQ2IA+ topics.Come by to check them out! 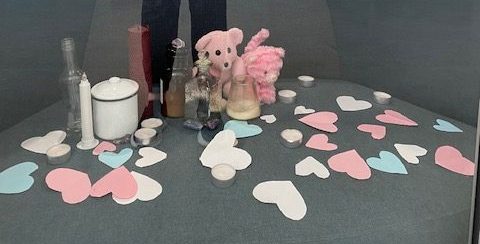 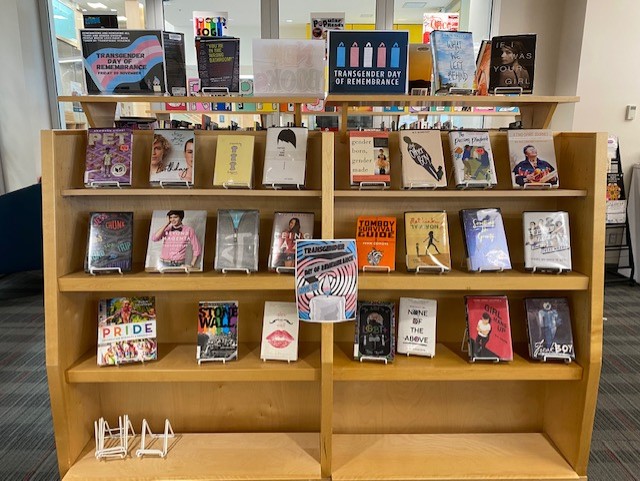 Thank you to everyone who entered our bookmark design contest, we had 40 entries! We have selected one junior and one senior student winner, as well as 8 runners-up.

Our big winners are Isabelle Wells in grade 10 and Rachel Seah in grade 11. These students will each be taking home a $20 gift card to chapters. Check out their beautiful entries below. 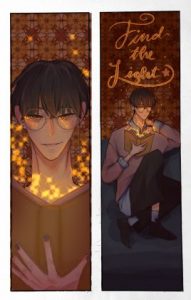 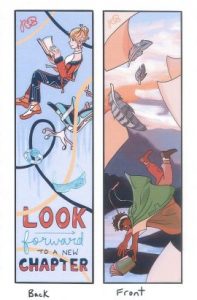 These students will all have their bookmarks printed and available for student use in the library.

Congrats to all our winners! 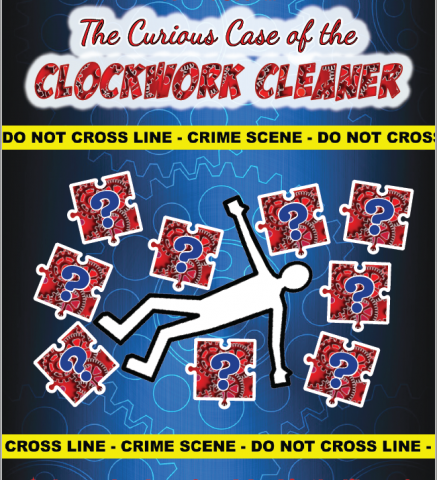 Starting Monday, Alpha’s annual murder mystery is back. Come by the library to try to solve The Curious Case of the Clockwork Cleaner. A murder has been committed and there are four suspects. We will need your detective skills to solve this whodunnit. WHO? committed the crime, WHY? and HOW? Come on by to see if you can figure it out.

Trans Day of Remembrance is on November 20th, so t

Come by the library to get your very own Alpha boo

There’s been a murder in the library! Come by an

Some recommended reads for all days, but especiall

Calling all artists! We need YOU to design a bookm

Welcome back Alpha students! If you watched a good

Need a book recommendation? Check out our blog for

This month is National Poetry Month. Come by the l

To celebrate Black History Month we will be postin

A reminder for the days when you’re feeling the

Alpha library getting in on the trend 😂 #bernie

The library birdies are all dressed up and countin

Yes! The library is open, but with some safety mea

Alpha Bits volume 2. Check out what Ms.Moore is re

We asked the staff at Alpha a few questions to hel

First up on Alpha Bits is Ms.Mcallister! Let’s s

If you’re feeling bored while trapped in your ho