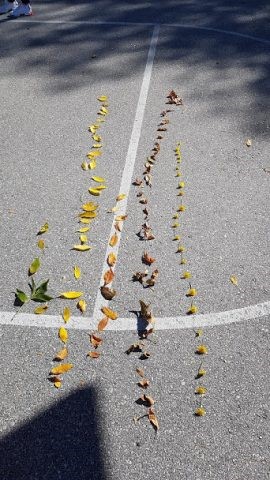 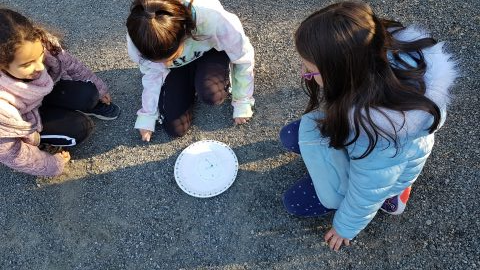 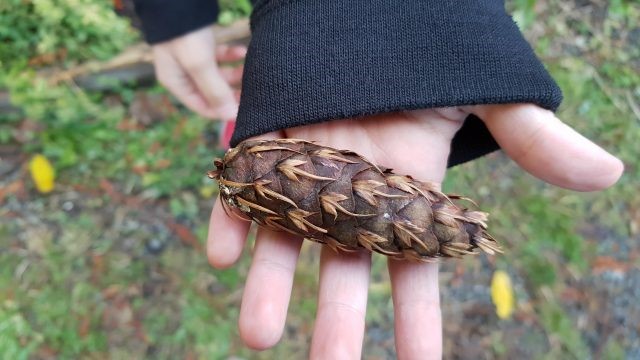 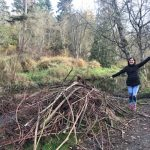 After estimating how many sticks were in the dam, students solved a numberless story problem about the beaver who might have built that dam. The next day, they were inspired to create our own story problems and came up with stories that had all sorts of math operations. Some were about addition, time, division, measurement, patterns, and more! Where can math live inside stories?

We would like to invite you to participate in a photo contest! We are hoping to collect some images and documentation of the wonderful place-based learning that has been happening in Burnaby. Please send photos of your outdoor learning spaces to win materials to enhance your outdoor learning and places!

How can mapping spaces inspire knowing our places?

At Second Street Elementary, Cheryl Spracklin and her colleagues are hosting a “Map your school-yard” contest! Students are encouraged to get outside and map the plants and trees they find outside their schools, and then see if they can find the same types in Robert Burnaby Park!

On March 29th, submissions will be gathered and put in the hallways for everyone to see and appreciate. The top five maps will be placed in the display case as well. By connecting with the community coordinator, this meaningful project will be shared in their monthly video for families.

Thank you, Cheryl and Second Street for sharing this inspiring contest, helping us to build community and learn about our local places!

If you are inspired by this contest, please feel free to share it with us!